In Search of Empowerment: Shirley Clarke’s Portrait of Jason and
Cheryl Dunye’s The Watermelon Woman

American filmmaker Shirley Clarke, in search of empowerment in the male-dominated world of cinema, challenged the racist and homophobic America of the 1960s with her pseudo-documentary (Portrait of Jason, 1967). This centered on a homosexual black man, Jason Holliday, who dreams of a nightclub act as a way of attaining success as a performer. The 16 mm indie film was forgotten for forty-six years until its 2015 success at the Berlin Film Festival. Over thirty years (1999) after Portrait of Jason was shot, American filmmaker Cheryl Dunye, a black lesbian who both represents and acts herself on screen, searched for archival material that might empower women actresses of the past by recovering their names and personalities. She thus shines some light on the “stories that have never been told”, of those queer black actresses usually limited to stereotyped roles as mammies and perhaps not even credited in the movie. Both Clarke and Dunye present us with the small world that emerges from these hidden lives. Thanks to their art, both filmmakers were empowered; for the former, however, this happened too late.

This work is licensed under a Creative Commons Attribution-NonCommercial 4.0 International Public License. 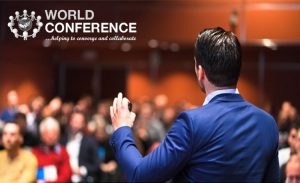